Vehículos Automotores Mexicanos S.A. (VAM) was a Mexican automaker from 1946 to 1989. The original organization, a distributor and license manufacturer for Willys-Overland and AMC vehicles, became government controlled in 1963 with American Motors Corporation (AMC) holding a minority interest. The company imported and produced automobiles and light trucks under license from Willys, AMC, Eagle, Jeep, Chrysler, Renault and designed their own vehicles based on AMC and GM platforms. The early-1980s collapse of the Mexican economy forced a sale of the Mexican government's interest in VAM to Renault, which shut down the firm in the late 1980s. The Mexican government maintains the rights to the VAM name and brand to this day. 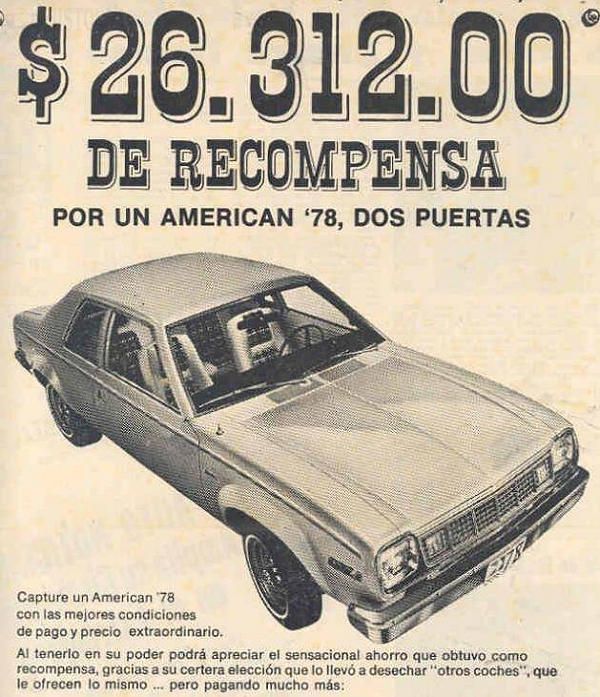 Vehículos Automotores Mexicanos was established as its own company 1963 after the Mexican Government passed a law to control the privately owned SOMEX (Sociedad Mexicana de Credito Industrial), the parent company of Willys Mexicana S.A. (established since 1946 as a local manufacturer and distributor for Willys-Overland Jeeps and used both the names VAM and Willys Mexicana on its products) that held the license to produce and import AMC Ramblers. Willys Mexicana was transformed into VAM in 1963 after an agreement between American Motors Corporation (AMC) and the Mexican Government. At the same time, AMC took a 40% equity interest in VAM, but did not actively participate in the company's management. Government content regulations required VAM vehicles had to have at least 60% locally sourced parts.

AMC's stake in VAM passed into the hands of Renault in late 1980 when Renault assumed the majority (controlling) ownership of AMC. The last AMC based cars were produced in 1983, the same year the last two wheel drive cars were produced by AMC in the US. Beginning in 1984 the company produced several Renault models as VAM vehicles.

From its initial inception as Willys Mexicana in the late 1940s the company manufactured Jeeps under license and AMC vehicles after 1954. Most VAM cars mimicked domestic (U.S.) models but had significant differences in aesthetic design. In the sixties, VAM produced the Rambler American (in 2- and 4-door and wagon versions), a version of the AMC Rebel called the "Rambler Classic SST" (in 2- and 4-door versions) and the AMC Javelin. In the seventies VAM produced a full line of AMC Hornets, called first "Rambler American" and later just "American," plus a sport version called "Rambler Rally". The Hornet hatchback was badged a "Rally AMX." AMC Gremlins, Javelins, and Pacers were sold under their original U.S. names. The AMC Matador sedan models were badged as the "Clasico or Classic," and the Matador Coupe was produced in a sport version called "Classic AMX" and a luxury "Classic Brougham."

In later years, VAM badged variants of the AMC Spirit as the sporty "Rally AMX" and luxury "Rally SST." The Mexican version of the AMC Concord kept the "American" name, in base and GFS models. Some VAM models mixed and matched body components from U.S. cars. Examples of Mexican-only cars include a 1982 two-door "Hornet" with a 1977 Gremlin front clip. Later VAM models had no outward manufacturer identification, just a model name. Many of these carried slightly different engines, interiors, and model names than their counterparts in the United States and Canada, but were all based on U.S. bodies and used the same parts. Most bodies used the same year parts as U.S. production cars, but sometimes years and models were mixed. Some year model VAM built Gremlins, for example, used the AMC Hornet grille and front fenders, and the 1982 Hornet mentioned above.

VAM produced one original body not available in the U.S. or other markets, the VAM Lerma (named after the town the factory was in). The Lerma was a "cut and weld" built body. The rear hatchback portion of an AMC Spirit (or rather VAM Rally) was cut from the Spirit body grafted onto the longer wheelbase AMC Concord (VAM American). This idea was presented to AMC, but the labor cost to produce the car using the "cut and weld" method would have been cost prohibitive in the U.S., and sales of the aging Concord/Spirit (in production since 1970) were not up to adding a new body that would require unique panels to be pressed.

All VAM engines were of AMC design, but built in Mexico. Moreover, VAM added unique engineering features to deal with low octane fuel and high altitudes. This included a 282 cu in (4.6 L) I6 engine (essentially a 258 block cast with a 0.16" larger bore) not available from AMC. The larger six helped counter high altitude/low octane fuel power loss and with the lack of a V8 engine option in VAM produced vehicles.

In 1982, VAM's engineering department worked on a prototype Jeep Cherokee (XJ) and fitted VAM's straight six into it (in place of AMC's four-cylinder or optional V6 from General Motors). AMC was impressed by the project, which eventually developed into the 4.0-liter engine version introduced in the 1987 Jeep Cherokee (XJ). 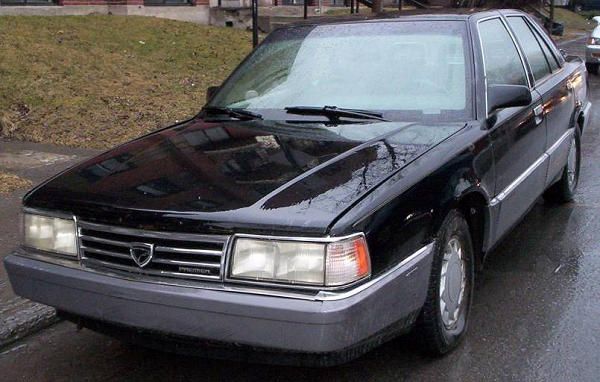