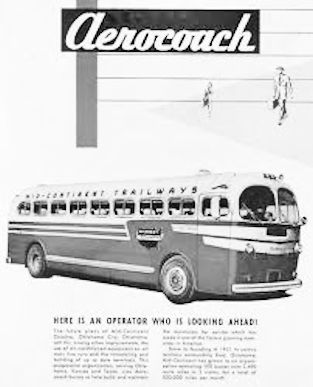 The bus-building operation of Gar Wood Industries Inc, Detroit, Michigan,better known for there hydraulics for dump trucks and speed boat production, later as the famous Chris-Craft, passed to the General American Transportation Corp, Chicago, Illinois known for its American rail vehicles as GATX.

In 1939 the General American Aerocoach Co was formed  to continue some of the lightweight Gar Wood designs until 1943, when the second world war brought production to a temporary halt.

Production continued untill 1952 it then went out of business.