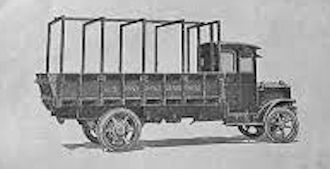 The ACME Wagon Co from Emings-Ville, Pennsylvania was a early Wagon builder from the 1800s.

As with many other wagon from the time they transitioned into making Commercial auto bodies with the significantly reduced the need for horse drawn wagons. By 1916 they had assembled a 1-ton truck to sell but by 1927 the company was bought out by the American Acme Company who concentrated Children’s toys and sleds.

By 1916 they assembled a 1-ton truck aimed at farming communites. It had 17hp cyl petrol engine, dry-plate clutch, 3- speed gearbox and bevel final-drive.

There is no connection to other ACME vehicles manufacturers in the USA.