Automotive manufacturer of woodland hills, California.United States from 1980 to 1983. 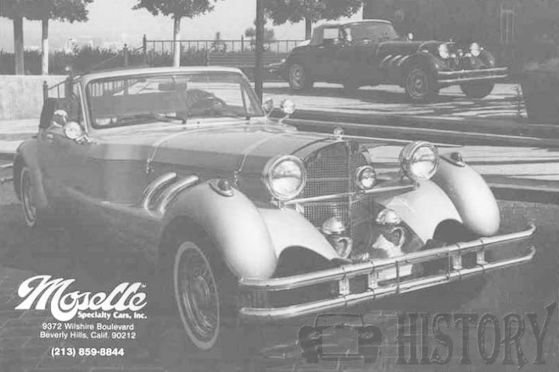 Moselle Specialty Cars Inc. was an American manufacturer of replica Neo-Classic automobiles in the 1980s.

The company was founded on September 23, 1980 in woodland hills, California 1980 began the production of automobiles avaiable also in kit form. The brand name was Moselle . After 1981 no production is known anymore. In 1983, there was a lawsuit because rent was not paid. After 31 October 1983, nothing is known. 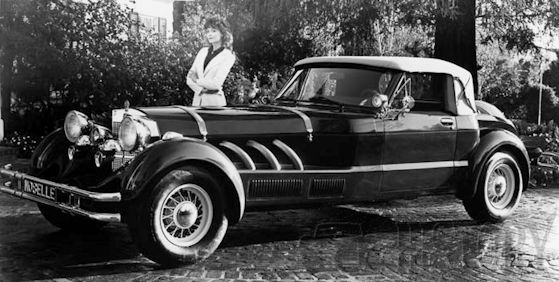 Moselle Coach Works Inc. was also at the same address . This company was founded on April 14, 1980. The only model of the company was a vehicle in the Neo-Classic style of the 1930s.

It was inspired by the Mercedes-Benz SSK with a ladder based box chassis .The choice was open designs as Roadster with a removable hardtop and as a four-seater and a sedan with a 137" wheelbase .  Various engines of the four-cylinder or later a six-cylinder Turbo engine to the V8 engine, with choice of auto or 5 speed manual gearbox.