Automotive manufacturer of Lewistown , Pennsylvania , USA from 1921 to 1923. 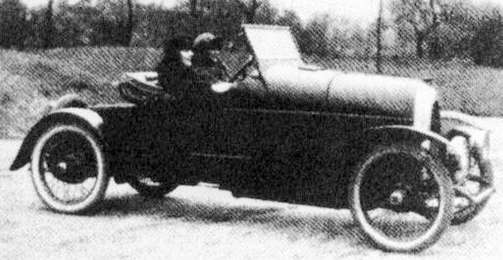 Moller Motor Car Company was an American manufacturer of automobiles in the 1920s . The brand name was Falcon .

HP Moller founded the company in 1921 in Lewistown , Pennsylvania . In November 1921, three vehicles were presented at the New York International Auto Show in New York City. 1923 ended the production.

The only model had a four-cylinder engine with 20 hp . The chassis had 254 cm wheelbase . The choice was touring car , roadster , sedan , coupe , Speedster with two seats and a Sportster with four seats.

New York-based Healey & Company made at least one body  a limousine with a centrally located door. More bodies were created at the MP Moller Motor Car Company , whose owner Mathias Peter Moller was not related to HP Moller.

There was no connection with the other US manufacturers of Falcon cars: Falcon Engineering Company and Falcon Cyclecar .