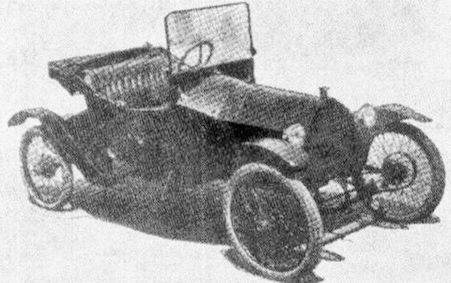 Milwaukee Cyclecar Company was an American manufacturer of small automobiles only in 1914 .

The brothers Charles J. and Stanley Eigel and Samuel P. Carroll founded the company  in Milwaukee , Wisconsin . The production of automobiles began. Based on Billiken they were marketed as Billiken . There were plans to relocate to De Pere , Wisconsin or West Sacramento , California , but they were not implemented. In the same year the production ended. The number of manufactured vehicles remained low.

The only model is called a cyclecar , although it does not meet the criteria having a four-cylinder engine with a displacement of 1600 cc and 12 hp powered the rear axle via an epicyclic gearbox and a cardan shaft .