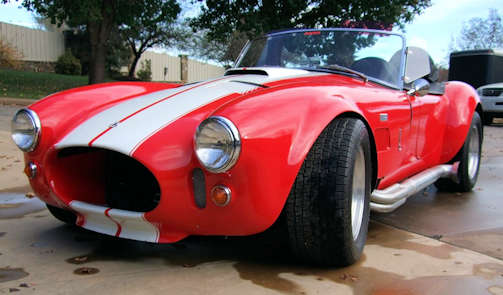 The only model was a vehicle in the style of the AC Cobra . The front somewhat resembled the Jaguar E-Type with a full lifting hood .  A tubular frame formed the base of the car. Some options The front wheel suspension came from the Ford Mustang II and the rear of the Corvette .