Automotive manufacturer of York , Pennsylvania.United States of America from 1909 to 1918. 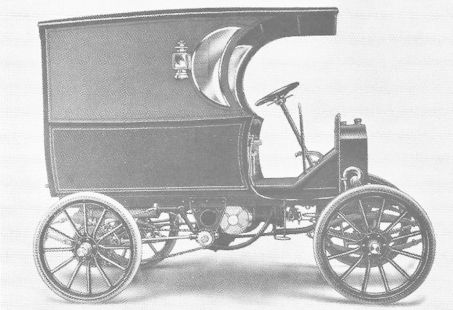 Martin Carriage Works was an American manufacturer of motor vehicles from the early part of the 20th century.The brand name was Martin .

The company was founded in 1888 in York , Pennsylvania .Originally presented carriages ago. In addition, it produced commercial vehicles from 1909 to 1915 . In 1910, a few passenger cars were built .In 1918, a reorganization led to Martin Truck & Body Corporation .

The only model was a highwheeler . It had a twin-cylinder engine with 16 hp . He drove via a planetary gear and a chain to the rear axle. The construction was an open touring car .

There were no connections to the Martin Motor Wagon Company and to Martin , who also offered cars as Martin .