Automotive manufacturer of Matawan , New Jersey;United States of America from 1900 to 1902. 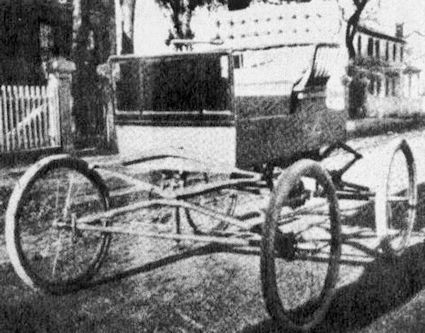 Maltby Automobile & Motor Company was an American manufacturer of automobiles The brand name was Maltby .

Frank D. Maltby acted from the 1890s with bicycles . In 1900 he joined the automotive industry. He founded for the new company in Brooklyn New York . PR Brooks, CC Hoge, CA Mackenzie and EL Maltby were also involved. First, they offered pitches and charging points for electric cars . In addition, they traded with steam cars of the Mobile Company of America . Later in 1900 began the production of own automobiles. In 1901, Maltby relocated to Matawan , New Jersey . In 1902 the production ended. As a dealership , the company existed for some time.

The only model had a two-cylinder engine with 4 hp . The engine power was transmitted via a chain to the rear axle. The structure is called both runabout and buggy. Other constructions were possible on request. It was steered with a steering lever on the right side.