Automotive manufacturer of Philadelphia , Pennsylvania United States from 1910 to 1913. 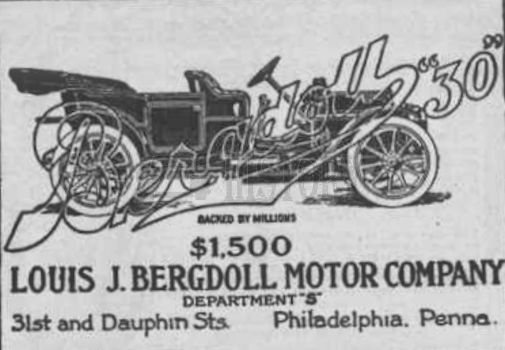 Louis J. Bergdoll Motor Company was an American manufacturer of automobiles in the 1910s .

Louis J. Bergdoll founded the company in 1910 in Philadelphia , Pennsylvania . He started with the production of automobiles. The brand name was Bergdoll . Bankruptcy began in March 1913 .

The first model was the Thirty , The four-cylinder engine made 30 hp . Thus, 80 km / h maximum speed were possible. In the first year, the wheelbase was 284 cm, then 292 cm. A five-seat touring car was the only offered body shape in the first year. In 1911, there was also a four-seat Toy Tonneau , a three-seater roadster , a two-seater Louis J. Roadster , a seven-seater sedan , a seven-seater Landaulet , a two-seater coupe , a three-seater Colonial Coupe and a five-seat touring car with four doors. In 1912 the offer was reduced to touring cars, Toy Tonneau and Louis J. Roadster . 1913 there was only the five -seater touring car and a four -seater torpedo .Large luxury limousine and town cars also built. 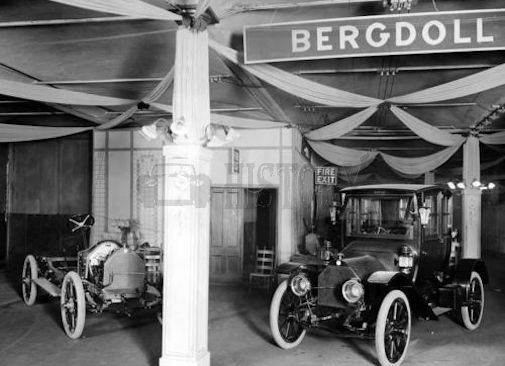 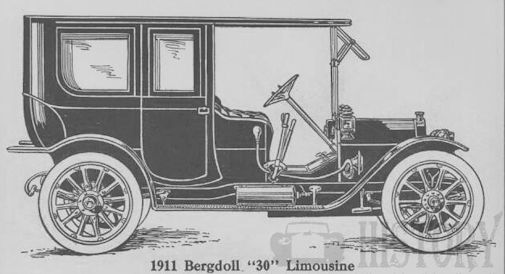