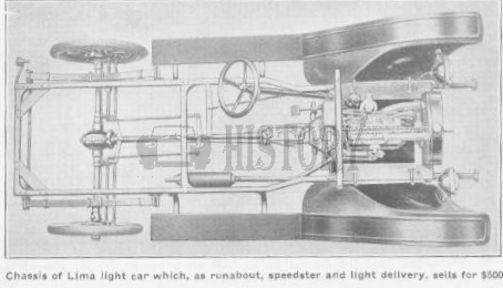 Lima Light Car Company was an American manufacturer of automobiles in the 1910s.

IJ Miller and CE Miller founded the company in April 1915. The head office was in Lima , Ohio .The brand name was Lima . 10 vehicles were planned daily.But Still in the same year 1915 the production ended.

The only model was the Four . This was an indication of the four-cylinder engine . This made 18 hp . The chassis had 100" wheelbase with 28" tyres. The Three choices were as Speedster , Roadster and as a light van . The original price was 500 dollars .