Automotive manufacturer of Lansing , Michigan;United States of America from 1901 to 1902. 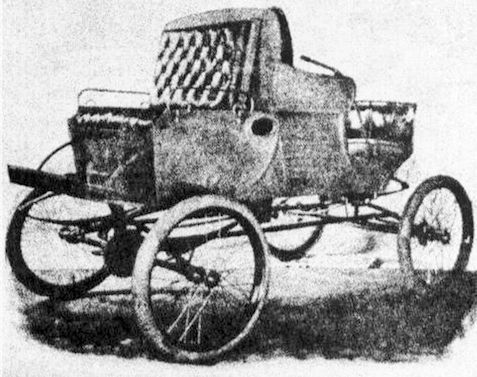 Lansing Automobile Works was an American manufacturer of automobiles.

George J. Bohnet produced already starting from 1901 automobiles , which he sold as Bohnet . It was not until 1902, together with JW Post, that he founded the company in Lansing , Michigan . The production ended in the same year.

The offer included steam cars . The first vehicle was ready after 18 months of development so far that it could be moved on 6 June 1901 for the first time on public roads. A doctor from De Witt bought the vehicle for less than $ 1,000 .A manager of the Capital Electric Company bought the second vehicle. Its construction period was ten months. The bodywork was a runabout . It was steered with a steering lever.