Automotive manufacturer of Carthage, Missouri;United States of America from 1906 to 1916. 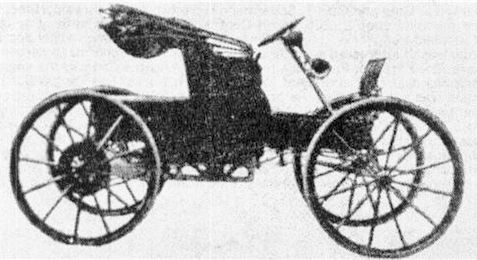 The Lanpher Motor Buggy Company was an American automaker in Carthage, Missouri;. The vehicles were sold as Lanpher .

Before the brothers Earl and Norman Lanpher started producing a highwheeler in Carthage, Missouri, in 1906 , they worked in the carriage and wagon construction on a regional level with their Lanpher Motor Buggy Company .

High wheelers were a natural choice because they were cheap to produce, their coachwork had many technical and personnel synergies and the vehicles were well suited to the prevailing, mostly bad roads. Like most high wheelers , the Lanpher was comparatively primitive. The automobiles with their name-giving, This was not least because of the pragmatic way in which the Lanphers approached the car industry. Their high wheelers were created side by side with their horse-drawn products. Earl was responsible for the motor vehicles, Norman for the coachbuilding. The sale was regional and advertising was kept to a minimum. There were hardly any local ads and no national ones. Even at car exhibitions , the Lanpher was not shown.

The crafted vehicle was a very typical representative of its kind. It was constructed like a coach. It had large wooden wheels with hard rubber - tires and a horizontally arranged under the seat two-cylinder V-engine with air cooling and PS 12/14 12 Control-PS; 14 bhp (10 kW). The power was transmitted via a two-speed planetary gear on two drive chainson the rear axle. The simple structure made it possible to fulfill special wishes regarding the bodywork. The list price was US $ 550.. That changed the following year and the end of 1916 production stoped.