Automotive manufacturer of Barre , Vermont ;United States of America from 1901 to 1902. 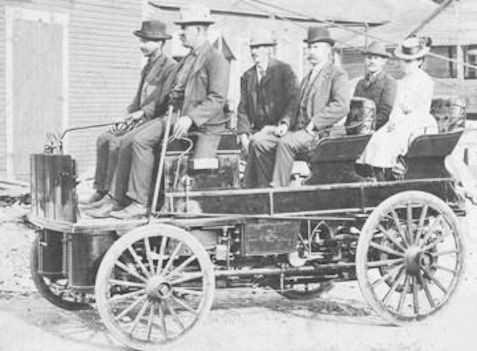 Lane & Daley Company was an American manufacturer of automobiles in the early 1900s. The brand name was Lane & Daley

WA Lane and FA Daley founded the company in 1901. The seat was in Barre , Vermont . They started with the production of automobiles. . At the end of 1902 production came to a standstill. The company was dissolved.

The offer included steam cars . A steam engine with two cylinders powered the vehicles. The tires were solid rubber tires. The maximum speed was specified at 24 km / h. The choice was an open three-seater and a delivery van . Picture show an open car with six seats.