Automotive manufacturer of Milwaukee , Wisconsin;USA From 1905 to 1906. 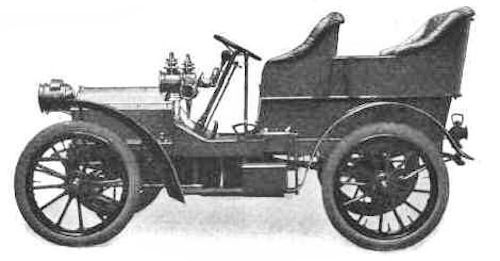 Krueger Manufacturing Company was an early American manufacturer of automobiles .

The brothers Harry F. and William F. Krueger founded the company in 1905. The seat was in Milwaukee , Wisconsin . They started with the production of automobiles. The brand name was Eclipse from 1905 to 1906 and later in 1906 Krueger . Still 1906 ended the production.

Brand name Eclipse:The Model A had an air-cooled single-cylinder engine  propelled the rear axle via a planetary gear and a cardan shaft . The chassis had 218 cm wheelbase . The choice was a lightweight touring car and a light van . The Model B had a two-cylinder engine with 22 hp . The open touring car offered space for five people.

Brand name Krueger: The Model C as a successor to the previous Model B . The two-cylinder engine made 20 hp. The wheelbase was 254 cm. The body design was again a five -seat touring car.