manufacturer of Decatur , Indiana;United States of America from 1905 to 1916. 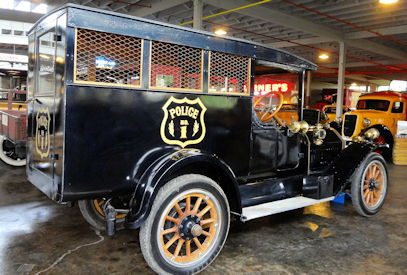 Kirsch Planing Mill was an American manufacturer of automobiles in the early part of the 20th century.  The brand name was Kirsch

Peter Kirsch came from Heidelberg . He founded the wood processing company in 1893. The seat was in Decatur , Indiana . In 1905 he produced his first vehicle, 1908, the second. Then he made automobiles according to customer orders. Ten pieces were planned. 1916 production had finished.  The vehicles were state-of-the-art. One vehicle had an open body with space for two people. Kirsch had also developed a special brake .

A prisoner transporter dating back to 1911 was exhibited at the National Automotive and Truck Museum in Auburn (Above).