Automotive manufacturer of Keene , New Hampshire;United States of America from 1900 to 1901. 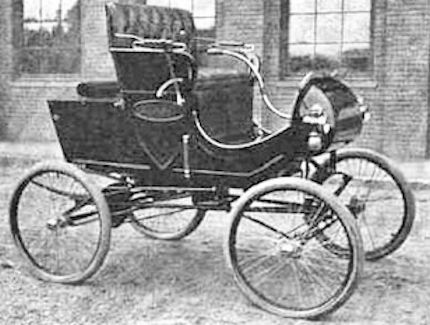 Reynold Janney operated since about 1887 or 1897, the Trinity Cycle Manufacturing Company in Keene , New Hampshire . In July 1900, he announced the production of automobiles, which began later in the year. In early 1901, the name was renamed Keene Automobile Company .

As early as February 1902, a Delaware-based company acquired all rights and patents, moved to Keene and renamed itself Steamobile Company of America .The offer was exclusively steam cars . They had a steam engine with two cylinders . The line was specified with 7 to 9 hp and weight 1125 lbs with semi high Cycle type spoked wheels and simple open runabout body. . The original price was £850 US .