Automotive manufacturer of Kansas City , Missouri.United States from 1909 to 1913. 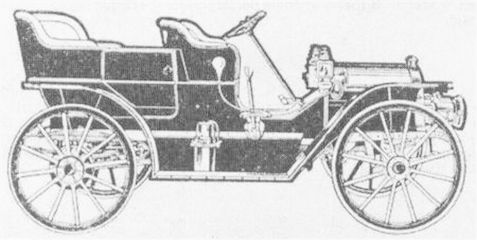 Kansas City Vehicle Company was an American manufacturer of motor vehicles in the early part of the 20th century.

The company was founded in 1909 in Kansas City , Missouri . It manufactured passenger cars from 1909 to 1913 , which were marketed as Gleason . The factory was previously operated by the Caps Brothers Manufacturing Company , the Kansas City Motor Car Company and the Wonder Motor Car Company . In addition, commercial vehicles were created . In 1913 the company was dissolved. The Bauer Machine Works Company took over the factory.

The company produced Highwheeler , making it one of the last to hit the market. The vehicles had a two-cylinder engine with 20 hp . He propelled the rear axle via a cardan shaft . There was a choice of four bodies. Model K was a High Wheel Buggy , Model L was a High Wheel Runabout , Model M was a High Wheel Baby Tonneauand Model Q was a Baby Tonneau. It is unclear why the latter model did without the addition of the High Wheel .