Automotive manufacturer of Philadelphia , Pennsylvania United States from 1903 to 1905. 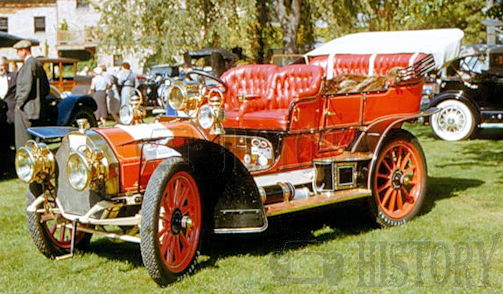 Jennis Company was an American manufacturer of automobiles .

Peer Jenness founded the company in 1903 in Philadelphia , Pennsylvania  started with the production of automobiles. The brand name was Jennis . The cars were to compete against vehicles from Locomobile , Peerless and Pope-Hartford . In 1905, the production ended after the financier died. In total, between two and six vehicles, one of which still exists.

A large four-cylinder engine with 48 hp power powered the vehicles. The engine power was transmitted via a three-speed gearbox and two chains to the rear axle. Construction was a touring car with five seats. JM Quinby & Company made the bodies.