Automotive manufacturer of Michigan and Chicago United States from 1908 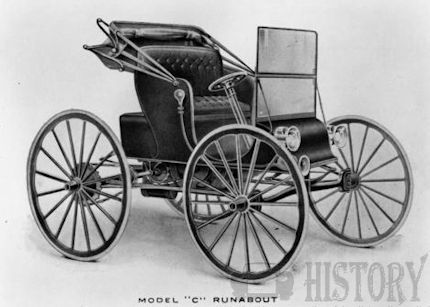 Now began the series production of automobiles. The brand name was Lindsley . According to the manufacturer, two employees needed two weeks per vehicle. In 1908 the production ended. Overall, only a few vehicles. the range also included some commercial vehicle claimed to do the work of 5 Horse cart wagons.

The Dowagiac Motor Car Company continued production on its own account.

The offer included highwheelers. An air-cooled two-cylinder engine with 10 HP power drove over a planetary gearbox and two chains the rear axle. The tires were solid rubber tires . The chassis had 198 cm wheelbase . Steering wheel and steering lever were available.

Initially, only the chassis was offered for $ 250 . The buyers could assemble their own body. Later, complete vehicles were available. They had a two-seat construction as a runabout and cost $ 475. 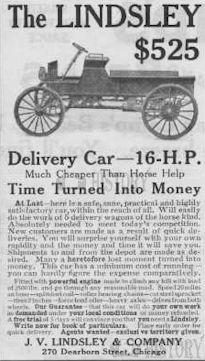