Automotive manufacturer of Indianapolis , Indiana United States from 1896 to 1900. 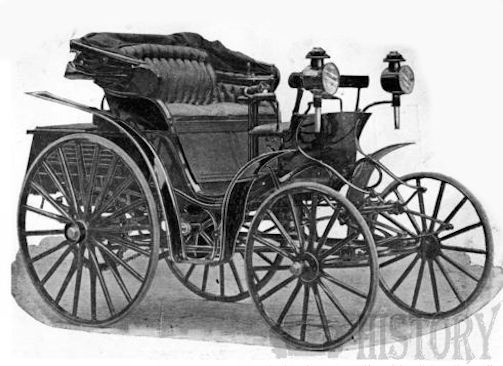 Charles H. Black had already manufactured a vehicle in 1893. In 1896 he founded the CH Black Manufacturing Company in Indianapolis , Indiana . He started with the production of automobiles. The brand name was initially Black , from 1899 also Indianapolis . The sale was limited to the surrounding area. In 1899, the company was renamed Indianapolis Automobile and Vehicle Company . In 1900, the production ended when Black sold the patents to the Indiana Motor & Vehicle Company . Two vehicles still exist.

The vehicles were similar to the former models of Benz & Cie. A high wheeled with a single-cylinder engine in the rear drove the rear axle.