Automotive manufacturer of Chicago , Illinois United States of America from 1899 to 1901. 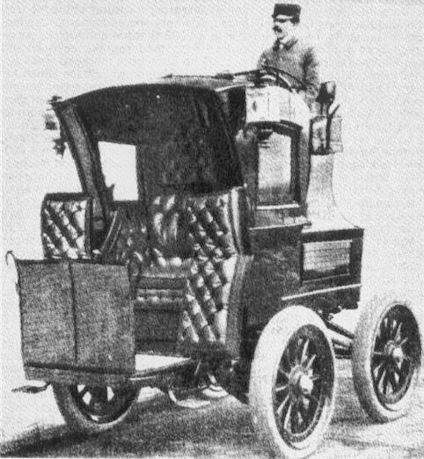 On April 15, 1899 was reported on founding plans. Involved were William L. Elkins Junior and Martin Maloney of Philadelphia , Isaac L. Rice of New York City of Electric Storage Battery Company and Charles E. Yerkes. The seat was in Chicago , Illinois . The production of automobiles in collaboration with the Accordingly, Siemens-Halske Electric Company started earliest in 1899.

The vehicles were predominantly rented and rarely sold. By October 1899, 30 vehicles had already been completed. 1901 the production ended.They were exclusively electric cars . The vehicles as Hansom and Brougham had front-wheel drive and steered rear wheels. Stanhope and Runabout , however, had steered front wheels and rear-wheel drive.