Automotive manufacturer of Canton , Ohio.United States from 1918 to 1923.

Arthur Holmes spent a long time with the HH Franklin Manufacturing Company . He founded his own business in 1918 in Canton , Ohio . He started with the production of automobiles. The brand name was Holmes . Planning amounted to 4000 vehicles annually. That was never achieved. In December 1921, the Vice President was charged with theft and embezzlement. In 1922, the bankruptcy began . In May 1923 came the end. A total of 4201 vehicles were created.

There were no connections to the other US manufacturers of Holmes cars: Holmes , Danville Foundry and Machine Company and Holmes Motor Vehicle Company . 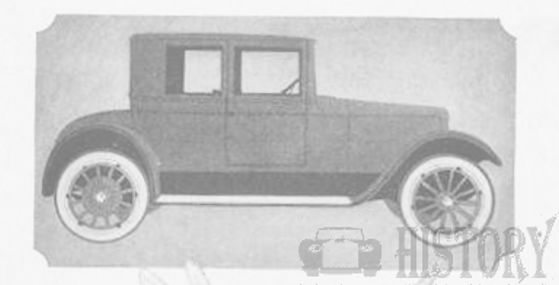 Only vehicles with air-cooled engines were on offer . They were slightly larger and more expensive than Franklin's cars, which were also air-cooled. All production models had a six-cylinder engine . Plans for a model with a four-cylinder engine could not be implemented.

From 1918 to 1919 there was the Series A . The engine was specified with 29.4 hp . The chassis had 320 cm wheelbase . This measure did not change. The only structure was a touring car with five seats.

1920 from the model I . The engine remained unchanged. There are six-seater touring cars, four-seater roadsters , two- and four-door sedans with five seats, another saloon with seven seats and a sporty three-seater coupé .

1921, the Series 4 was introduced, which was produced to the end. The engine was specified with 31.5 HP. Roadster and Coupe had four seats, the sedan six and the touring car seven. Also called an Artcraft with five seats.

In 1922 there was a 32-horsepower engine. The Artcraft was replaced by a California sedan with five seats.

In 1922 only the superstructures changed. Coupe and touring car remained unchanged. The Roadster had only two seats, the sedan seven. There was also another Artcraft , this time with seven seats. 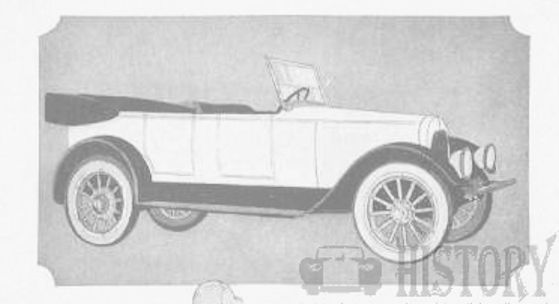