Automotive manufacturer of Atlanta , Georgia. United States from 1917 to 1925. 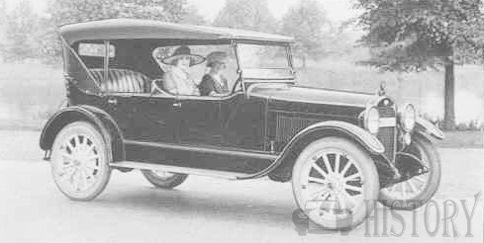 Hanson Motor Company was an American manufacturer of automobiles .

George Washington Hanson drove vehicles from the HH Franklin Manufacturing Company in the 1900s , from 1907 also from the Everitt-Metzger-Flanders Companyand then from the Saxon Motor Car Corporation .

In early 1917, with Don M. Ferguson, he made a prototype at the Puritan Machine Company plant in Detroit . The vehicle was presented on February 27, 1917 at the Southeastern Automobile Show in Atlanta , Georgia . The partners started building a plant in Atlanta for 50,000 US dollars . When it was ready in the spring, it was initially used for military purposes, since the US was now involved in the First World War . It was not until December 1917 that the company was founded. In May 1918, the government released the work. In June 1918 began the production of automobiles. The brand name was Hanson,

In March 1922, the American Motors Export Company was acquired. Nevertheless, business was bad at the time. 1925 ended production. In total, about 1800 vehicles were created. 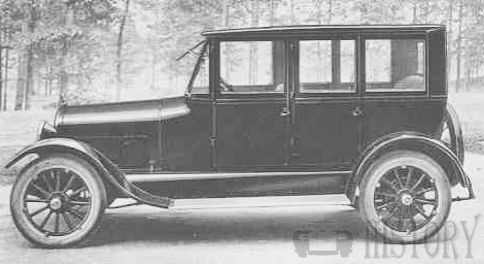 All models had a six-cylinder engine from the Continental Motors Company .

The main model was simply called Six . It was in the assortment during the entire production time and was further developed during this time. From 1918 to 1919, the engine made 45 hp . The chassis had 302 cm wheelbase .At first The main body type was a touring car with five seats. In 1920, the engine output was increased to 55 hp and the wheelbase extended to 307 cm.

A two-seater roadster and a five-seater sedan arrived. In 1921, a four-seat sports supplemented the offer. 1922 came both a touring car with seven seats and a coupe with four seats. 1923, the engine power was increased to 66 hp. From 1924 accounted for the seven-seater and the coupe.

In 1922, the Little Six appeared . His engine made 50 hp. The wheelbase was 284 cm. The vehicles were bodyworked as touring cars with five seats.

In 1923 this model was replaced by the Special Six . The wheelbase had been extended by 8 cm to 292 cm. It stayed with the five-seat touring car. 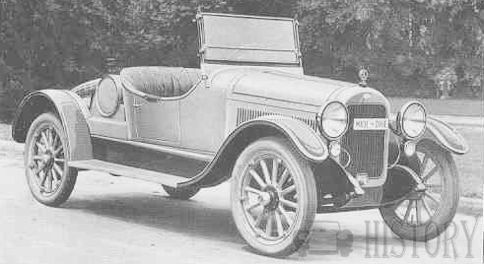