Automotive manufacturer of Chicago , Illinois.United States from 1919 to 1930. 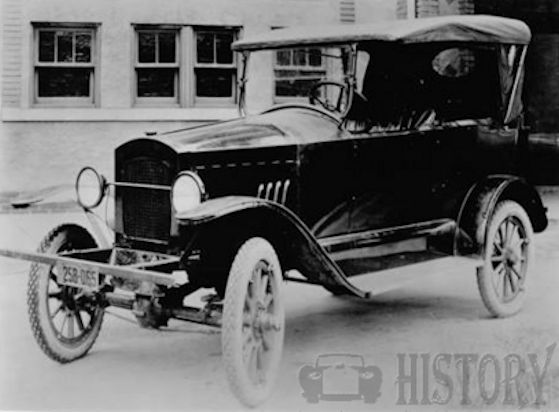 FB Hamlin from Chicago was the financier and ER Holmes engineer. They founded the Hamlin-Holmes Motor Company in 1919 . In the same year they made a vehicle in Denver in Colorado . Then they moved to Detroit , Michigan . Then in 1920 they settled in Chicago in Illinois . The factory was located in nearby Harvey . The partners produced a few automobiles there. The brand name was initially Hamlin-Holmes .

Holmes eventually left the company. The brand name was changed in 1930 to Hamlin . In the same year the production ended.

The company relied on vehicles with front-wheel drive . The first model had a four-cylinder engine from Lycoming . The chassis had 290 cm wheelbase . Construction was an open touring car .

In 1926, a racing car was used in the Indianapolis 500 car race . Chassis and engine came from Ford . In qualifying, 25th place was achieved by 28 participants. In the race, the end came after lap 23.Other cars had purchased bodies from Cleveland and Moon .

The last vehicle resembled a Graham . It was a four-door sedan .