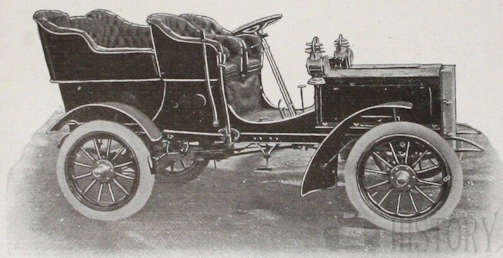 Geneva Automobile & Manufacturing Company was an American manufacturer of automobiles from the early part of the 20th century .

The company was founded in 1901 in Geneva , Ohio . It belonged to the 1894 founded Geneva Cycle Company . NJA Carter was President and A. Thompson Chief Engineer. They started with the production of automobiles. The brand name was Geneva . On May 9, 1901, the first vehicle was ready. It participated in the same year on the drive from New York City to Buffalo . In December 1901, it was exhibited at Madison Square Garden .

In October 1902, a racing car started racing in Grosse Pointe . He defeated vehicles from White and Winton and lost only to the Ford 999 , driven by Barney Oldfield . This success caused greater demand. So the dealer in Cleveland sold 30 vehicles within six months. Business people from Cleveland then invested in the company. The disadvantage proved that Geneva was a small town with 2342 inhabitants, in which no major production was possible.In January 1904, another vehicle was at an exhibition in New York City. A little later, the production ended. Every year about 20 to 30 vehicles were made. A vehicle still exists.

The Colonial Brass Company took over the factory together with the machinery.

The offer included steam cars . From 1901 to 1902, Model A , Model B and Model C have been handed down as Runabout , Model D as touring car , Dos-à-dos and a light delivery van .In 1903 there were two other models. The power of their electric motors was stated as 4/6 hp . They were bodyworked as Runabout and Surrey . A stronger engine with 10 HP power drove a tonneau .

1904 were two models in the range. These were Style F as Tonneau and Style G as Runabout with enclosed engines to remove dirt and dust.

There were no links to the other US manufacturers of Geneva passenger cars: Geneva Auto Specialty & Repair Company , Schoeneck Company and Geneva Wagon Company . 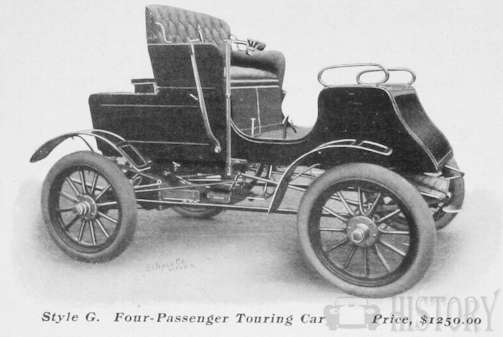