Automotive manufacturer of Chicago Illinois.United States from 1955 to 1956. 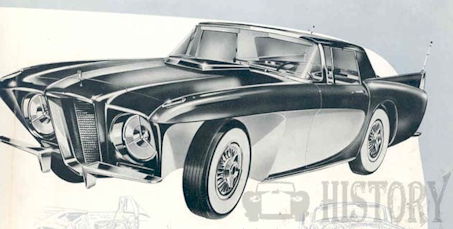 The Gaylord Cars Ltd. was an American automaker, which was 1955 and 1956 in Chicago (Illinois) resident. Founders were the brothers James and Edward Gaylord . Brooks Stevens designed a sports coupe .

1955 appeared the Gaylord, the V8 engine of the Chrysler 300 was used with from 5425 cc cubic capacity of 300 bhp (221 kW) . The chrome-moly tubular steel chassis was designed by Jim Gaylord and had a wheelbase of 2540 mm. Typical of the Gaylord was its narrow, net-like grille, which was strongly tilted forward and popular 1950s fins at the rear, and its attached huge individual headlights. The selling price was quoted at US $ 10,000, - but in 1955 was only a prototype. 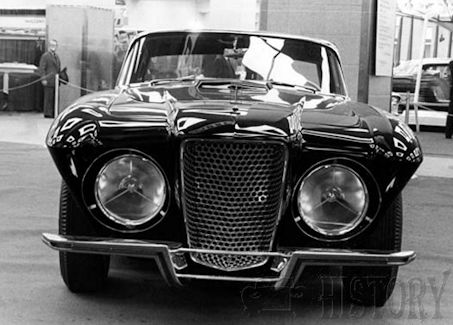 In 1956, a revised version was presented. The individual headlights had given way to dual headlights of normal size. Instead of the Chrysler engine now the V8 of the Cadillac Eldorado was installed. The unit had 5981 cc and developed 305 bhp (224 kW) a . The catalog price had risen to US $ 17,500. Because of this high price only two had been sold. 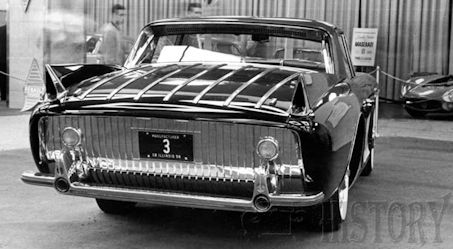