Automotive manufacturer of Riverside , California.United States from 1960 to 1985. 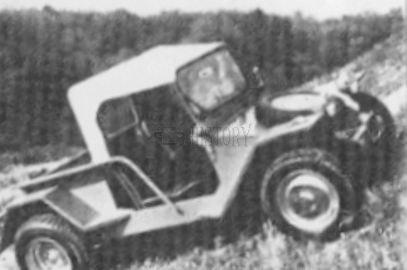 The company was founded on March 9, 1956. The registered office is Riverside , California .  In 1960, the production of automobiles and led by Joe Vittone kit cars .  The brand name was Empi . 1985 the production ended.

The first vehicles Empi GTV were tuned VW Beetle . One version had a 1700 cc engine .

The Imp  and sportster was an early edition of a VW Buggy , but still with an aluminum body . A variant was intended for the six - cylinder boxer engine of the Chevrolet Corvair . Later came ordinary buggies with fiberglass body .