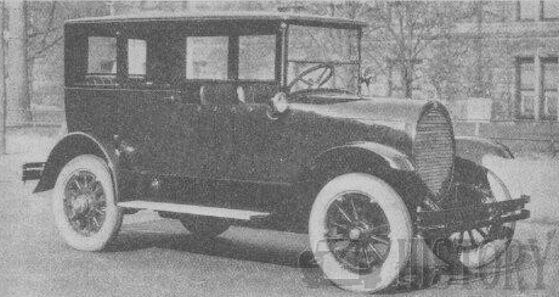 Electrocar Corporation was an American manufacturer of automobiles in the 1920s .

The company was founded in 1920 in New Brunswick , New Jersey . Joseph Anglada was the designer. After two years of development, the first vehicles were ready in 1922. The launch took place in April 1922 at the annual electric car show in New York City . The brand name was Electrocar . In the same year the production ended.

The offer included electric cars . The appearance was similar to vehicles with gasoline engines . The electric motor was located at the front under a bonnet . Before that was the dummy of a radiator grille in oval shape with 32x4 Tyres. Many parts were purchased. So came the electric motor from General Electric and the batteries from Exide . The chassis had 112" wheelbase . The only known body shape was a Taxi body sedan .The vehicles were made to be used as taxis the price $2,975.