Automotive manufacturer of Poway , California.United States from 1983 to 1985. 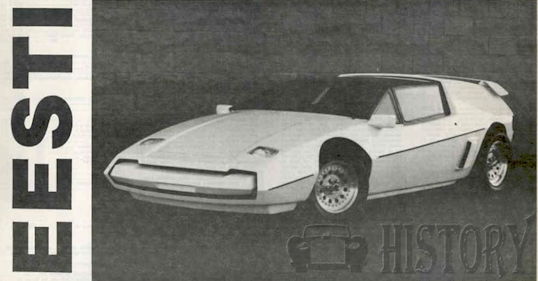 The car was a two-seat coupe . A chassis made of steel formed the basis. Then, a closed body made of fiberglass mounted. Various four-cylinder - line engines (150hp) and V6 engines (210hp) manual or auto box options  from General Motors mid engine were mounted behind the seats and drove to the rear wheels.