Automotive manufacturer of Detroit , Michigan.United States from 1922 to 1923. 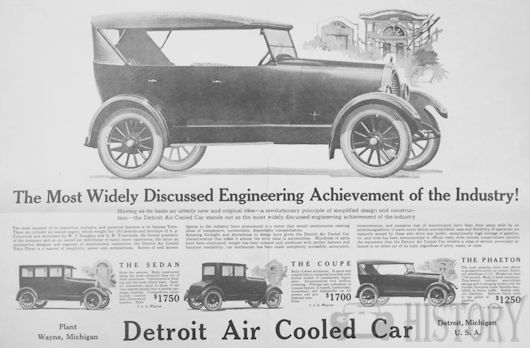 Detroit Air Cooled Car Company  was an American manufacturer of Air cooled automobiles in the 1920s .

The company was founded in spring 1922 in Detroit , Michigan . Participants included WJ Doughty, GR Tremolada, CH Bennett, August Gieseler, Frank Sanders and John McArthur. In February 1922, a prototype was on the Detroit Automobile Show . The brand name was DAC . Plans amounted to 10,000 vehicles in the first year. However, a work was not opened until October 1922. In April 1923, another plant was moved to Wayne . In 1923 the production ended.1922 created 22 vehicles and 1923 still 150.  The total includes the 172 vehicles.

The vehicles had a six-cylinder engine with 32 hp . Unusual was the air cooling . The chassis had 292 cm wheelbase . Open and closed superstructures were available. The touring car offered space for five people. There was also a four-seater coupe and a five-seater sedan . 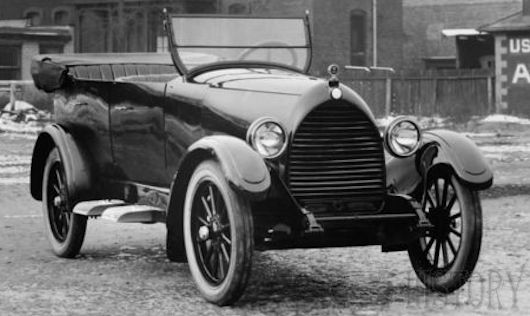