Automotive manufacturer of Philadelphia , Pennsylvania.United States from 1924 to 1930. 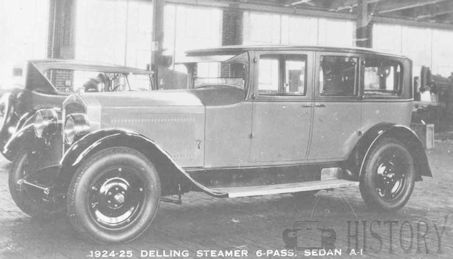 Delling Motors Company was an American manufacturer of motor vehicles in the 1920s .

Eric H. Delling founded in 1922  along with his brothers, the company in Philadelphia in Pennsylvania . The work was located in West Collingswood , New Jersey . 1924 began the production of automobiles . The brand name was Delling . 1927 ended the production of passenger cars . Commercial vehicles were manufactured until the business task in 1930.

The offer included steam cars . A steam engine with three cylinders drove the vehicles. The performance should be a twelve-cylinder engine - gasoline engine sector. The chassis had 320 cm wheelbase . There was a choice of touring cars and limousines .