Automotive manufacturer of Auburn , Indiana,United States from 1912 to 1914. 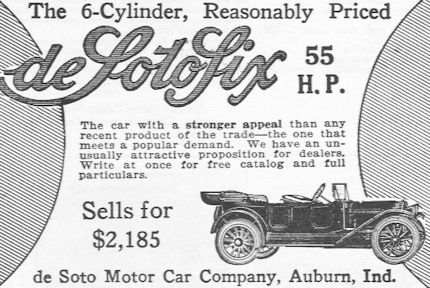 De Soto Motor Car Company was an American manufacturer of automobiles in the 1910s There was no connection to the car brand DeSoto of Chrysler Motor Corp. Detroit.