Automotive manufacturer of Chicago , Illinois.United States from 1919 to 1923. 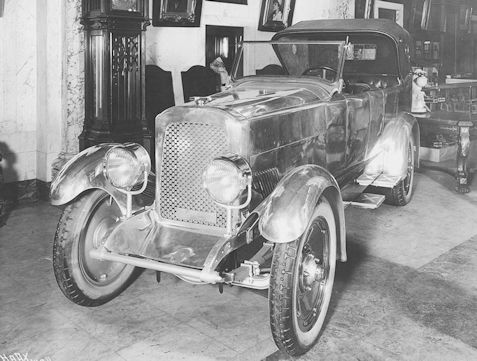 Harry Crossland Pfaff founded the company in Chicago in Illinois in 1919 . They started with the development of steam cars . It was not until January 1923 that the first public presentation took place. The brand name was Crossland Steam Car . In the same year the production ended. In total, four vehicles were created.

A steam engine with two cylinders powered the vehicles. Operation of the vehicle should be as easy as possible. The engine was started by pressing a button. The storage containers were designed very large. So should the petroleum tank for 800 km and the water tank for 1280 km range sufficient. The chassis had 318 cm wheelbase . The structure of the five-seat touring car was made of aluminum . A brochure shows more constructions, but it is unclear whether they were actually built.  The new price of the touring car was 1,985 US dollars, During the development period, a selling price of $3600 had been provided.