Automotive manufacturer of Toledo , Ohio.United States from 1906 to 1907. 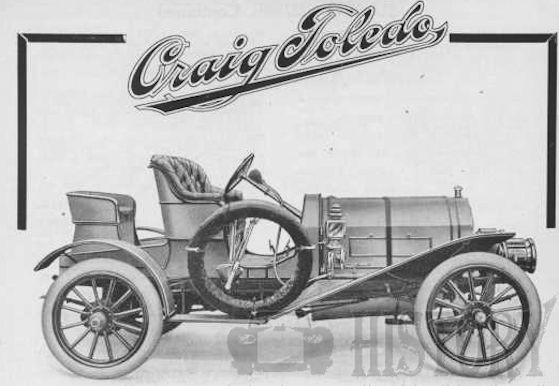 Frank M. Blair, JG Swindeman and WK Terry founded Maumee Motor Car Works in 1906 in Toledo , Ohio . On March 1, 1906, her first prototype was ready, which was extensively tested. In May 1906, the Wolverine Auto & Commercial Vehicle Company's factory was acquired in Dundee , Michigan . A prototype was presented as Maumee in January 1907 at the Grand Central Palace Automobile Show in New York City . This was followed by the change of name to Craig-Toledo Motor Company and the change of the brand name in Craig-Toledo when George L. Craig and John F. Craig joined the company. The production of automobiles began now in a factory in Toledo. 100 vehicles were planned annually. After six months, the bankruptcy came . Overall, fewer vehicles were created than planned.

The goal was to produce the best possible three-seater for the rough roads of America. A four-cylinder engine with 40 hp power powered the vehicles. The maximum speed was specified at 104 km / h. The chassis had 284 cm wheelbase . The open roadster had two seats in front and a third seat behind it. Unusually, the suspension was at three points, which was also patented . The original price was 4000 US dollars .