Automotive manufacturer of Phoenix , Arizona.United States from 1987 to 1996. 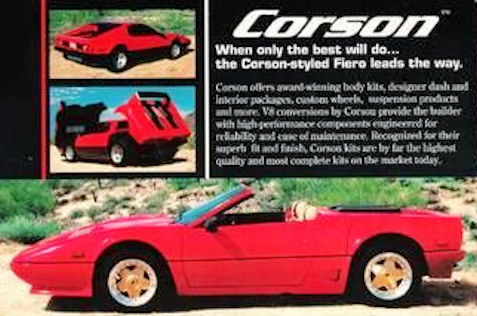 Corson Motorcar Company is an American company and former manufacturer of replica automobiles .

The company was founded on October 14, 1986 in Phoenix , Arizona .  production of automobiles and kit cars began in 1987 . The brand name was Corson . 1996, vehicle production ended.

The offer included two vehicles based on the Pontiac Fiero . The GT was a coupe and was similar to the Ferrari 512 BB . The Spyder was the open version.