Automotive manufacturer of Concord , New Hampshire. United States from 1896 to 1898. 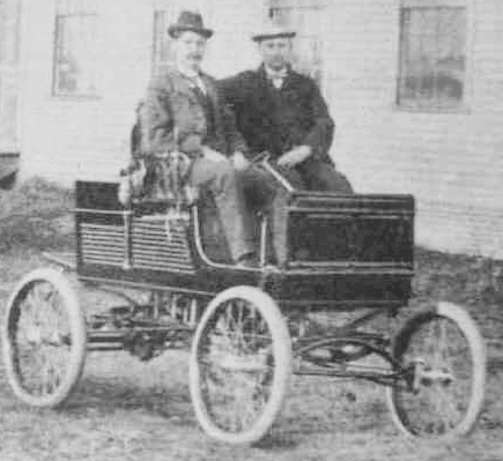 Concord Motor Coach Company was an American manufacturer of automobiles in the late part of the 19th century .

The company was based in Concord , New Hampshire . Between 1896 and 1898 it manufactured automobiles. The brand name was Concord , possibly with the addition of Steamer . Designer was Adrian Hazen Hoyt. In total, at least eleven vehicles were created.

Hoyt made between 1899 and 1901 again vehicles, which he marketed under his own name as Hoyt .

The offer included steam cars . It was steered with a steering lever. The open body was a dos-à-dos and could accommodate four people who could sit back to back.

Automotive manufacturer of Concord , New Hampshire. United States from 1896 to 1898.