Automotive manufacturer of New York.United States from 1946 to 1948. 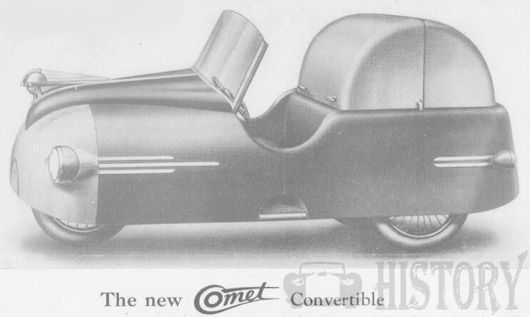 Comet was an American automobile brand that from 1946 to 1948 by the General Developing Company in (New York) Ridgewood was built as cheap transort after the second world war with a 100 miles to a gallon range.

The Comet was an open roadster with three wheels, two seats and a large boot with a high hood.

The two rear wheels were powered by an air-cooled single-cylinder engine, which was installed under the trunk and developed 4 ½ bhp (3.3 kW) performance with remote starter. 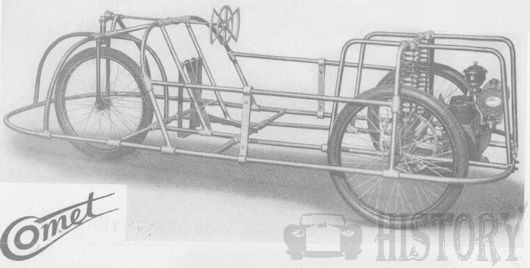 The chassis consisted of steel tube pipes; the wheels had wire spokes and the body structure was plastic in various colours. The whole vehicle was 2,896 mm 114" long and 49" width and weighed only 79 kg. The retail price was US $ 500, - for the assembled car and US $ 350, - for the kit.

A small Delivery car was also avaliable called the Marvel with a top sliding door and dual op engine. 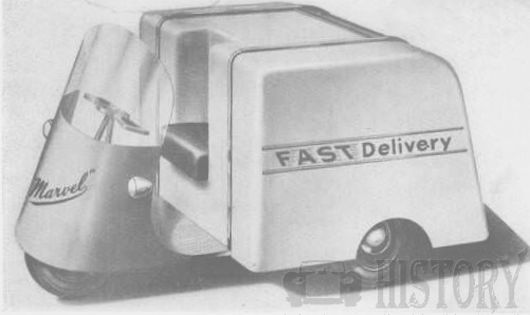