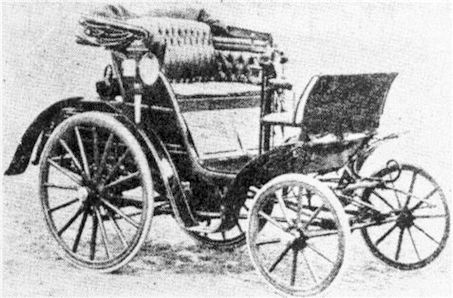 Columbus Automobile Company was an American manufacturer of automobiles only in 1900.

The company was based in Columbus , Ohio . In 1900, it manufactured some automobiles that were marketed as Benz Spirit .

The only production model was called Le Duc . Except for the changed steering it corresponded to a model of Benz & Cie. A single-cylinder engine with 5 hp was mounted in the rear and drove the rear axle .

In addition, the company promoted the ability to deliver any desired and commissioned vehicle, from light racing cars to heavy trucks, within 60 days. It is unclear whether vehicles actually originated after such orders.