Automotive manufacturer of Chicago , Illinois.United States from 1912 to 1916. 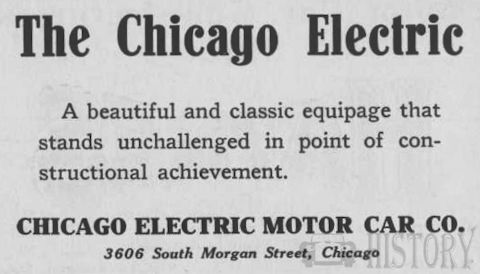 Chicago Electric Motor Car Company was an American manufacturer of electric automobiles in the 1910s.

Several people, who previously worked for the Woods Motor Vehicle Company , founded the company in Chicago in 1912  in Illinois . Frederick J. Newman (1878-1914) was President, CJ Blakeslee Chief Engineer and Penrose Reed Sales Manager. They started with the production of automobiles. The brand name was Chicago Electric . 1916 ended production. Individuals from the Detroit Electric Car Company took over the company.

In 1913 there were two models. The No. 131 had 244 cm wheelbase . Its construction was called Front-Drive Brougham and was a brougham in which the driver sat in front. The No. 132 had a longer chassis with 264 cm wheelbase. The driver was sitting in the rear-drive brougham . This seating arrangement was not uncommon for electric cars back then.

From 1915 to 1916, the numbering was abandoned. On the short chassis there was now a Rear-Drive Brougham and a Cabriolet - Roadster . A sedan called the front-drive sedan was based on the long chassis.

From 1916 there was the possibility to buy the vehicles without batteries and instead rent the batteries from the Rental Battery Company for a monthly fee. This rental company was dissolved at the end of 1916.

A specially decorated vehicle stood in 1914 at the Chicago Motor Show . This was a gift from local Catholics to Pope Pius X. However, it is unclear whether this vehicle arrived at the Vatican. 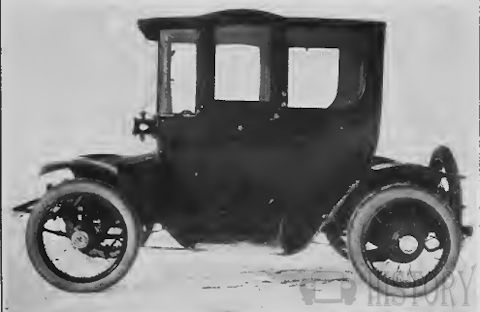