Automotive manufacturer of Philadelphia , Pennsylvania.United States from 1917 to 1924. 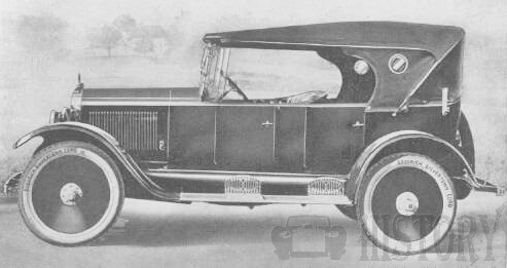 The Direct Drive Motor Car Company  was founded in 1917 for automobile production. The headquarters was in Philadelphia , while production was in the former Chadwick Engineering Works plant in Pottstown . Both cities are in Pennsylvania . The brand name was Champion . Henry G. Crowther was president and LV Goebbels chief engineer. 1923 was renamed the Champion Motors Corporation . In 1924 the company was dissolved. Overall, between 1918 and 1924 about 50 vehicles were created including some commercial vans.

In 1923 there were disputes with Willys-Overland , because Overland used the model name Champion .

There were no links to the Champion Wagon Company and the Champion Auto Equipment Company , which used the same brand name.

From 1921 there was the separation in Tourist and Special . The tourist had a 35 hp engine and the special a 40 hp engine. Both models had a chassis with 300 cm wheelbase.The only change for 1922 was that the wheelbase of the tourist was reduced back to 295 cm.

1923 was specified for both models, the engine power uniformly with 40 hp. The wheelbase had been unified to 295 cm.

A model with a six-cylinder engine from the Falls Motor Corporation remained a prototype . 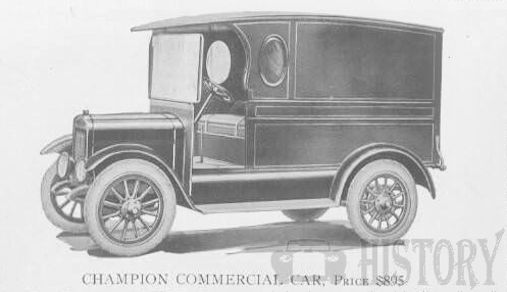