Automotive manufacturer of Buffalo , New York .United States from 1902 to 1904. 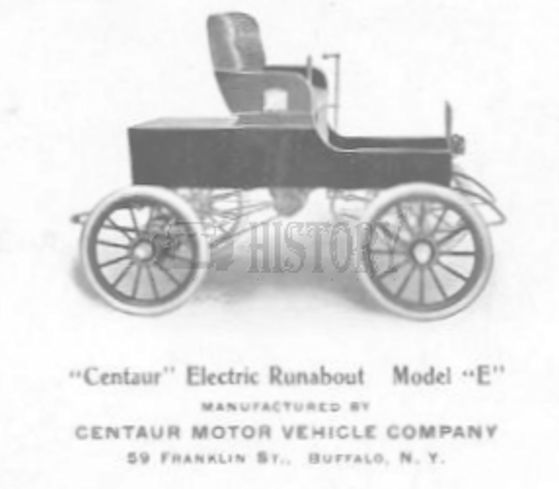 Centaur Motor Vehicle Company was an American manufacturer of automobiles in the early 1900s.

The company was founded in the spring of 1902. The seat was in Buffalo in the US state of New York . Involved were Fisher Atherton, JC Eccleston and HC Wilcox. They manufactured automobiles that were marketed as Centaur . By 1904 had ended the production. Overall, only a few vehicles were sold. After that, the company was active as a car dealer for Cadillac and Yale as well as a workshop. It is not known when it was dissolved.

A series had gasoline engines with either 5 or 6 hp . They have been called Runabout for 700 US dollars and as a lightweight touring car offered for $ 800.

There were also electric cars . For them 24 km maximum speed and 96 km range were specified. They cost $ 850.