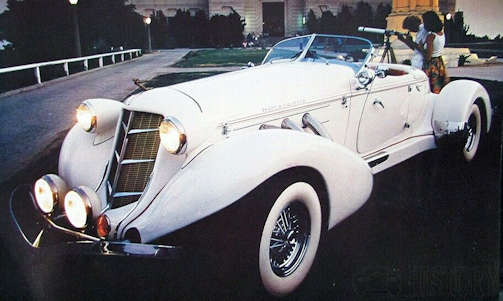 California Custom Coach Inc. was an American manufacturer of automobiles from the mid 1970s to the 1980s .

The company was founded in 1975 in colorado Blvd,Pasadena in California USA. It built cars and kit cars The brand name was California Custom Coach . By 1988 ended the production.

One model was the replica of an Auburn as the 2 seat 876 speedster that was built in the mid 1930s . The base formed a chassis from Ford . Then a two-seater fiberglass roadster body was mounted. The engine also obtained from Ford with options for auto gearbox and air con. Another model was a four-door sedan . For this,was based on the Chevrolet Corvette .