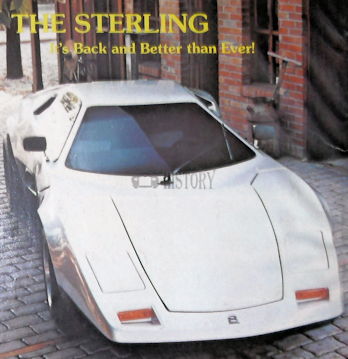 The model Sterling corresponded to the British Nova . A chassis of the VW Beetle formed the base. Then a flat two-seater body was mounted. Striking was the hinged roof instead of side doors.

The Sovran model was a revised version of the Sterling . The lower part of the body was longer. The wheel cutouts were angular. At the front of the vehicle were folding headlights . The rear hood also differed.