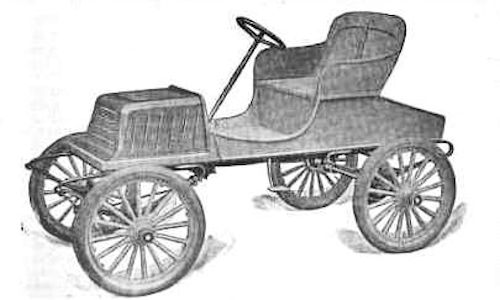 Brecht Automobile Company was an early American manufacturer of automobiles in St. Louis. The brand name was Brecht .

The brothers Charles, Frank and Gus Brecht founded the company in 1901 in St. Louis , Missouri . Manager was HF Borbein. They made automobiles, kit cars and parts. In October 1903 the production ended. HF Borbein & Company continued production under its own name

One model was an electric car . The setup was a small runabout .In addition, there was a steam car with the Rushmobile . A two - cylinder steam engine with 6 HP power drove the vehicles.1903 were also vehicles without engine available. The buyer could mount or assemble a motor of his choice. Brecht offered various built-in motors .