Automotive manufacturer of Massachusetts.United States from 1899 to 1902. 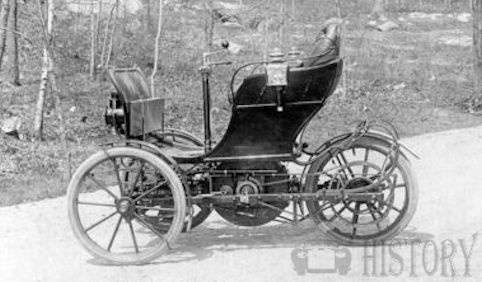 The company was founded by John T. Robinson as investor and WC Bramwell and his son CC Bramwell were responsible for the technical part. Originally she produced papermaking machines. When the Bramwells approached Robinson with the design for a light, three-wheeled automobile, he decided to start a small production. The sociable called vehicle had a 3 hp (2.24 kW) performing single-cylinder engine. The force was transmitted by chain to the rear wheel. It was steered by means of vertical lever. The two-seater structure was then called an auto buggy . By early 1900, three copies and 25 more followed.

In the same year there was a rift between Robinson and the Bramwells. The latter assembled an unknown number of these vehicles until 1902 and then went to Springfield, Ohio , where they found a company in the Springfield Automobile Company willing to produce a car to their specifications. It was first marketed between 1903 and 1905 as Springfield , then as Bramwell , and was based on the Bramwell-Robinson Model B.

Robinson had already founded his own company in May 1900, the John T. Robinson & Company . Even their first model, a two-cylinder, resorted to elements of the Bramwell-Robinsons.