Automotive manufacturer of Pittsfield , Massachusetts.United States from 1903 to 1912. 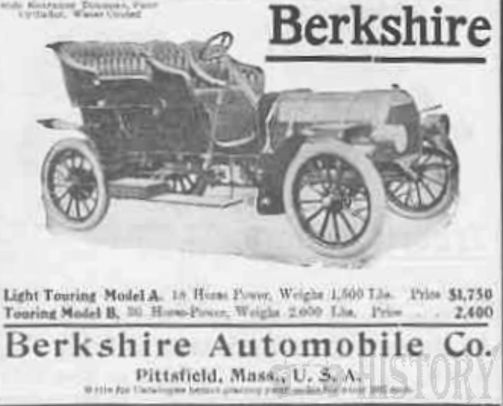 Berkshire Automobile Company and Berkshire Motor Car Company , was an American manufacturer of automobiles in the early part of the 20th century. .

Fred A. Cooley, Clarence P. Hollister, William J. Mercer and Frank V. Whyland founded the Berkshire Motor Company in 1903 . The seat was in Pittsfield , Massachusetts . In 1903, the development and end of 1904 began the production of automobiles. The brand name was Berkshire . In 1907 the company changed its name to Berkshire Automobile Company and in 1908 to Berkshire Motor Car Company . At the end of 1907, production stopped because a patented transmission caused considerable problems. From 1909 the company was called Berkshire Auto-Car Company . Plans, the seat to Hartford in Connecticutto relocate, were not implemented. In early 1912, the Belcher Engineering Company from Cambridge took over everything. In October 1912, the bankruptcy followed .

In total, about 150 vehicles were created. About 30 of them belong to the year 1910 and 3 to 1912 under the direction of Belcher.All engines came from Herschell-Spillman .

In 1906, the engine power was increased to 20 hp Model A and extended the wheelbase to 249 cm. For model B , only the wheelbase was changed to 292 cm. New was the Model C with a six-cylinder engine and 50 hp power. His wheelbase was 310 cm. The Model D accounted for. All superstructures were touring cars , with five seats in the two smaller and seven seats in the large model.

1910 appeared Model E .. As a two- and three-seater runabout  had 269 cm wheelbase, as a four-seat Toy Tonneauand a five-seat touring car, however, 302 cm wheelbase.

For 1912, the wheelbase of the Model E was extended to 315 cm. The superstructures were limited to Runabout, Toy Tonneau, Torpedo and Touring Cars. The Model F supplemented the range as a touring car. It had a six-cylinder engine, which was specified with 58 hp . The wheelbase was 340 cm. 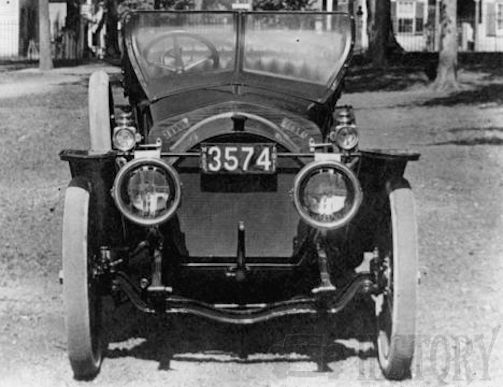