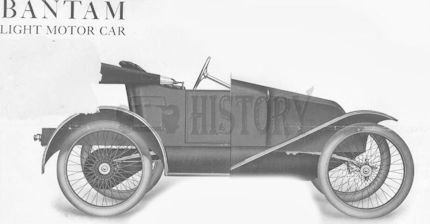 Bantam Motor Company was an American manufacturer of small automobiles in 1914.

The company was founded in 1914 in Boston , Massachusetts . In the same year began the production of automobiles. Part of the plant was leased to Lenox Motor Company . The brand name was Bantam . The designer was Frank J. Tyler, who previously worked for Maxwell-Briscoe . Also in 1914 the production ended. Overall, not many vehicles.