Automotive manufacturer of Middletown, Ohio.United States from 1901 to 1903. 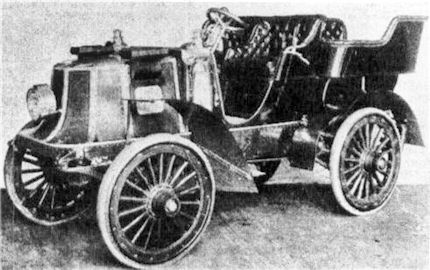 Ball was an American car brand from the Miami Cycle and Manufacturing Company in the early part of the 20th century.

Charles A. Ball came from Paterson , New Jersey . Here he produced in 1868 a steam car for their own use.

From 1901, he worked for the Miami Cycle and Manufacturing Company in Middletown , Ohio . Here he made another steam car, which was marketed as Ranapaugh . He returned to his homeland. Here he founded a new company and manufactured until 1903 two more vehicles that were sold.

The only models were steam cars. The Ranapaugh was a large vehicle that could seat eight people. It weighed around 1800 kg. The steam engine made 60 hp . The Waldorf Astoria hotel from New York City bought the vehicle.The two vehicles from the last company were comparable to the Ranapaugh .