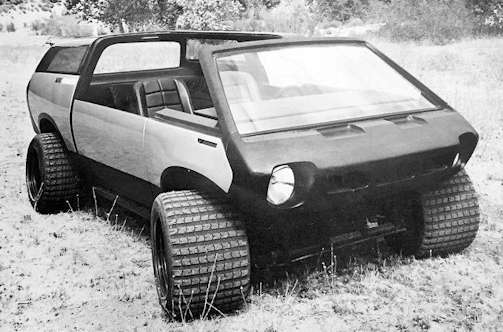 Automecca , was an American manufacturer of automobiles in the 1970s  in California. The brand name was Automecca.

Mike Hansen founded the company in 1973 in Tujunga , California . He began by taking over a project from Brubaker on the production of automobiles. In 1977, the company headquarters moved to Chatsworth in California. 1978 ended production with up to 1500 vehicles.

The Roamer Sport Van was a minivan . It was based on a chassis of Volkswagen . Striking was that the vehicle had only one door, namely a sliding door on the passenger side.

The Baja box as a variant with increased off-road capability.